One of the things that I appreciate about historic houses is the thought that the builders put into the ornamentation. They seemed to have an almost innate understanding of the use of proportion and, of course, a deeper understanding of the architectural orders than today's builders who either slap a bunch of decorative trim on their houses arbitrarily or, at the other end of the spectrum, have almost no ornamentation.

To iilustrate this, let's look at one particular style: the Greek Revival. For four decades (roughly 1820-1860) the Greek Revival style dominated both domestic and institutional architecture. In the north, the style was reflected by gable-fronted houses designed to recall the temple form of ancient Greece. 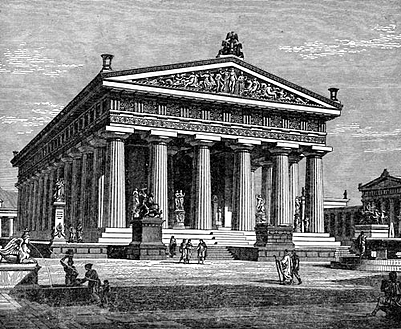 Local examples of thus style included the Boston Custom House, shown below before it became a much taller building. The style became popular for banks, government buildings, and on college campuses. 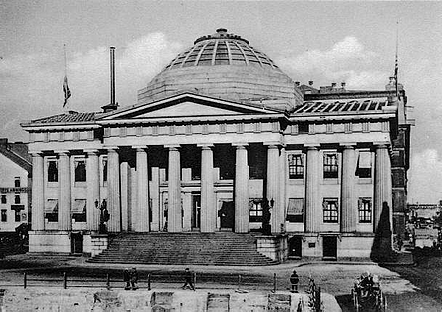 While there were high style Greek Revival houses, most of the domestic versions were much more modest. Here in New England after two centuries in which the gables faced sideways, by the 1820s thousands of houses were built with the gable facing the street in order that the temple-like design could be emphasized. The rest of the photos in this article feature Greek Revival houses from just one town: Medway, Mass. 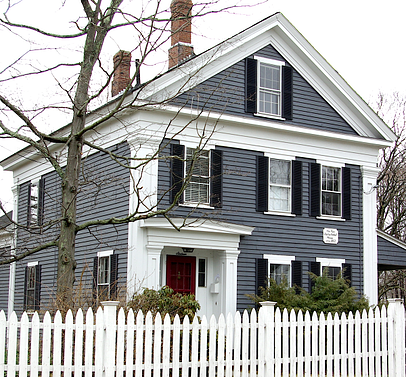 As you can see, this is a simplified version of the temple form. It features a triangular pediment "resting" on a wide band called the entablature (comprised, if you're interested, of the frieze and the architrave) which, in a real temple, was where the beam that carried ceiling joists would have sat. The entablature, in turn, is visually supported by the columns which in this example are represented by the wide pilasters at the front corners.

It's likely that the local builders bought pattern books, such as those done by architect/builder Asher Benjamin.  These books would have provided detailed drawings detailing how to build everything from the windows, shutters and pilasters on the outside, and doors, mantles, and stairs inside.

There are quite a few larger and grander examples of the style in Medway. For example the photo below shows one of a pair of identical homes on Main Street.  Note its similarity to the original Greek temple form. 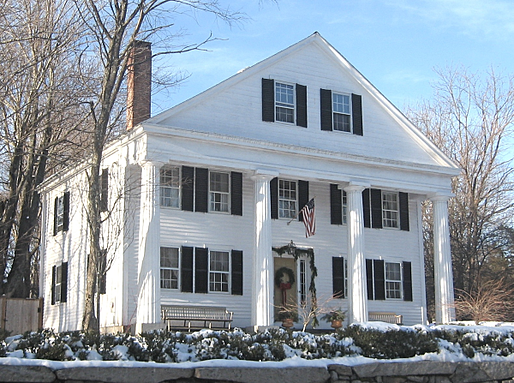 Here's an even more elaborate example that features a wealth of classic Greek ornamentation such as the wreath window and the fretwork on the cupola. Instead of free standing columns, we see large pilasters on each gable wall. Also note the flush board siding seen in the detail photos.  This is a common feature on Greek Revivals. 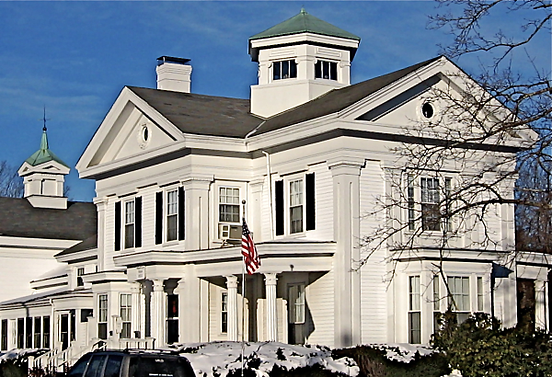 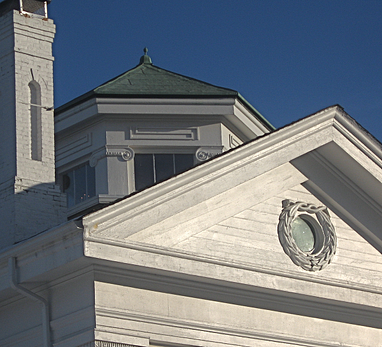 Here are a few more examples here in Medway.  First a large farmhouse, again showing pilasters instead of true columns on the main house and a wrap around porch.  The second is a shot of my own Greek Revival, with a colonade on three sides of the house. 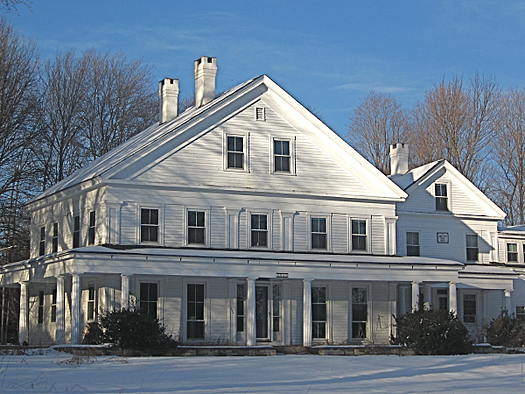 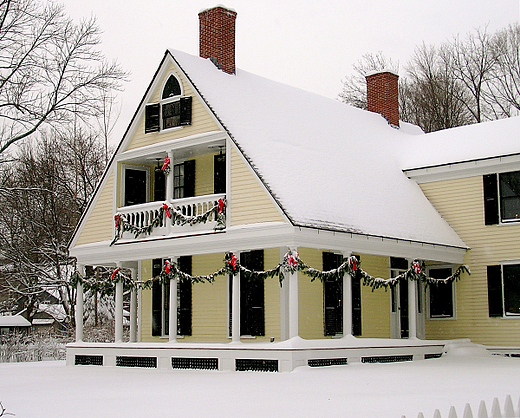 Greek Revival houses tend to be brighter inside than the Georgian and Federal houses that preceded them due to larger windows; note the triple-hung, floor to ceiling windows in the two photos above.

In the next article we'll take a look a row of 5-6 identical Greek Revivals in town and  how changes to the siding and trim on some of them has really detracted from the original look and feel.