When we receive an inquiry about a potential project, the first step is to learn more about it. We’ll ask you - either on the phone or via email - about the size and scope of the project, its location, your desired start date, your project goals, and the approximate budget. If it seems like we’d be a good fit for you and your project, the next step is to meet in person at your property to get to know you and your house. If after that meeting there is a mutual desire to continue the process, we’ll help you with the pre-construction planning.

If you already have an architect, great. We will happily work with you and your architect at this early stage. The benefit of our early involvement is that we can review the drawings as they are developed and provide you with preliminary cost estimates. There is nothing worse than spending thousands of dollars for design fees over many months, only to find out that the proposed project cannot be built within your budget. That pitfall is avoided when we are part of your team right from the start. We also provide valuable advice on building materials and construction methods.

If you do not have an architect we can recommend one who would be right for your particular project. We’ve worked with many excellent architects on renovations, restorations, kitchens, and additions.

At the end of the pre-construction phase, we will provide a comprehensive proposal for the work that includes a detailed workscope and estimate. Since we work on an “Open Book” basis, we share all of the behind-the-scenes pricing that we have done to arrive at the total cost. There’s no guessing how we got there.

Every project has a dedicated team from Landmark Services. The core of the team is composed of a Project Manager and a Lead Carpenter (sometimes called a Site Supervisor). This team will work with you from the pre-construction planning phase right through to the last day so that you have a sense of continuity.

The hands-on work is performed partly by us (e.g., carpentry) and partly by our team of subcontractors (e.g., foundations, plumbing, plastering, etc.). No matter who performs the work, the quality and scheduling will be tightly controlled by the Project Manager and Lead Carpenter.

When Landmark Services was born in 1991, the idea was simple. Mark Landry wanted to work on the buildings that people mentioned when giving directions.

The truth is that not every building can be a historic landmark, and we’ve built some new homes that would certainly still pass the “directions” test. But if you look at our portfolio, you can tell at a glance that someone really cared about each structure. Sometimes the love that went into the original building had been hidden by the passage of time and neglect, but they were built to be special places.

A house doesn’t have to be beautiful. In the end, its principal job is to keep the rain out, the warmth in, and its inhabitants safe as they rest, and eat, and refresh their spirits after the day’s effort. No, a building doesn’t have to be beautiful. But it can be. A home can be an example of the very best craftsmanship. An expression of your highest hopes. An inspiration to your community. At its highest and best, it is all of these.

When Mark signed himself up for his first post-graduate courses in historic preservation over two decades ago, it was a major departure from the pre-med path he had been on. Before long, he had tracked down a reputable local builder and convinced him to let a young guy with not much experience join the crew to get hands-on exposure to the concepts he was exploring in academia. As he tells it now: He was hooked. And Landmark Services was born.

Over the next decade, he honed his craft. Buildings were lifted up and put down on new foundations. Historic exteriors were painstakingly restored to their original glory. Awards were won, magazine articles were written. Gradually, as so often happens, he found he was swinging a hammer less, managing teams more, and working every day to help a growing number of clients and architects realize their dream of living with historic charm and modern convenience.

Fortunately, Mark had also gradually surrounded himself with a team of like-minded craftsmen, vendors, and support staff. He and his team continued to attract clients who shared their love of historic structures and who found — sometimes to their surprise — that they had partnered with a builder who not only made the restoration process enjoyable, but also fun. A number of those clients are now friends.

At Landmark Services we are grateful every day to be doing something we love, and we look forward to seeing what the next 20 years has in store! 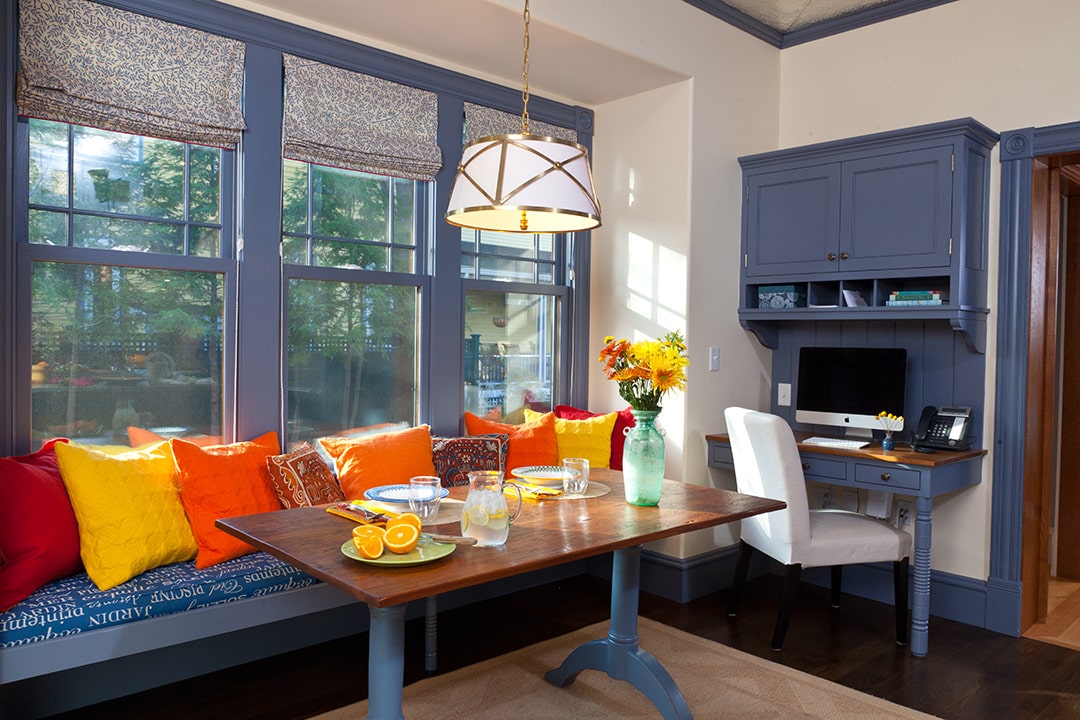 25 years ago Mark put the pre-med track that he was on in college in the rearview mirror to pursue his love of old buildings.

Since then he has managed historic renovation and restoration projects of all sizes and budgets throughout greater Boston. He holds an MA in Historic Preservation from Boston University and spent two years at the Boston Architectural Center studying design, building technology, and architectural history. When he’s not on the job, Mark enjoys road biking and skiing.

He lives in a ca. 1831 Greek Revival house with his wife and two daughters.

Have a project on your mind? We would love to discuss it with you.

Send Us a Message