Building an addition on a historic house? Don't make these mistakes

How many times have you seen a nice old house ruined by an unsightly addition? Some additions "read" as additions from a mile away. It doesn't have to be that way. With some careful planning, it is quite possible to design and build an addition that blends beautifully with the original house. Over the course of 3 or 4 posts, I'll review some guidelines that will help your proposed addition co-exist with and complement your historic house, rather than detract from it.

Often, when people are adding on to a historic house, they are so focused on maximizing the new space that they forget to think about how the house will look from the street. Take a look at the house below. The original house is a cute, mid-19th century cottage. But the addition, instead of taking its cues from the main house, has absolutely nothing in common with it. 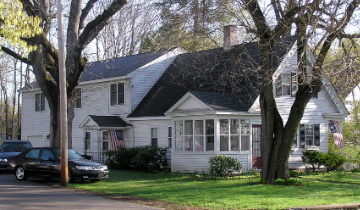 Let's start with the roof.  First, the ridge is higher than that of the old house. Cardinal sin. Rule #1: If possible, place the ridge of the addition lower than that of the existing house. If the ridge must be higher, consider inserting a lower, connecting roof in the middle, as we did to the house in the photo below. This will soften the difference in roof heights. In our case, the addition was not actually higher than the main house, but the "connector" roof still works because it breaks the mass of the addition down into smaller pieces, making it compete less with the original. 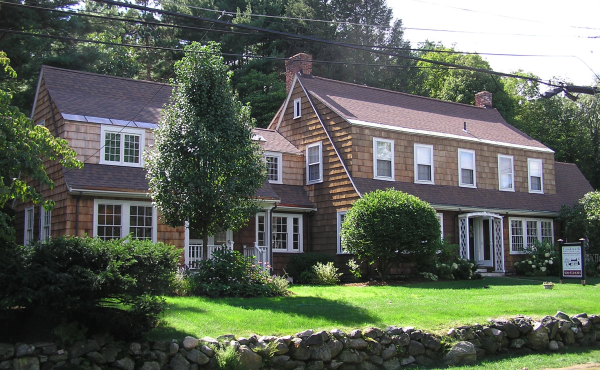 Let's take another look at the roof of the first house. Do you notice something else that doesn't fit with the original house?  Answer: the roof pitch. The addition has a much shallower roof. It looks, well, cheap. Take another look at the second house, in the photo below. The pitch of the addition (on the left) matches that of the original. In fact, the pitch of the new dormer also matches the pitch of the dormer on the old roof. It looks natural, like its always been there. Now look back to the first house. It look tacked on. So let's make Rule #2: try to design the addition with a roof pitch matching the original house. 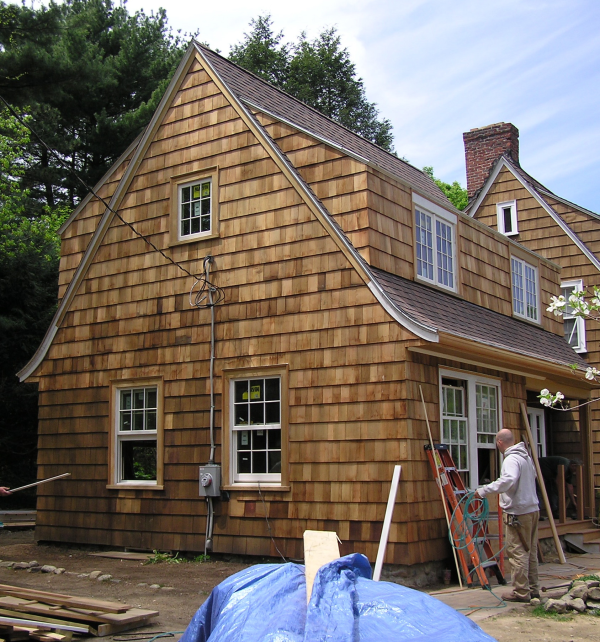 Take one more look at the first house and notice how the gable trim on the historic house has a large, decorative overhang.  The gable on the addition has a simple piece of 1x6 trim tacked on with no overhang.  Again, no effort was made to use the vocabulary of the original house on the addition. On our addition, yes the trim on the addition is very simple, but it matches that of the main house in every way- we even re-created the curve at the lower end of the roof.

Next time, we'll look at some other things to keep in mind when designing and building additions to historic houses, such as massing, matching trim details, and how to handle windows.

Landmark Services has been building additions on historic houses for over 20 years. Have a look at our project portfolio to see more of these projects.

We'd love to help you plan and build your addition!